The time has finally arrived for the most anticipated launch of 2022 – the unveiling of the WARP 2 wing from Dudek! Rumors about the development of this wing have been circulating for the past few months and in part the reason why there was so much excitement about this development, was due to the […]

One of the most anticipated gliders to come the way of the paramotoring world has finally arrived. The Snake XX is adored far and wide and now with the Snake 3, everybody is asking “what can we expect?” As on the official Dudek release, the glider took up to 5 years of development. Many Many […]

The race finale for the Speedrun Cup took place at Skywalk Paragling Hartebeespoort Dam and it turned out to be a nail bitting finish with 2nd and 3rd ranked racers fighting it out over a 182 km out-and-back XC course. What is the Speedrun Cup all about? Racers have to complete a medium range XC […]

I wish this website could be all about good news but its not to be – coming soon will be price increases on most Dudek products. The world has not escaped the impact of COVID on the supply of raw materials and with DUDEK trying to solve the delays in production by getting the supplies […]

V-King ES is getting a spice up with new design. Have to say that although these swoosh designs are pretty common with new Dudek designs, it looks pretty funky on the V-king and a definite upgrade! Three possible colors to swap out with the ‘passion’ color on the example

Ok so Eugene Cussons will be joining the hosts of Paramotor Nation on the 5th of September for a chat on all things WINGMAN, Dudek and Nirvana. Gonna be fun!

Vote for your favorite color! 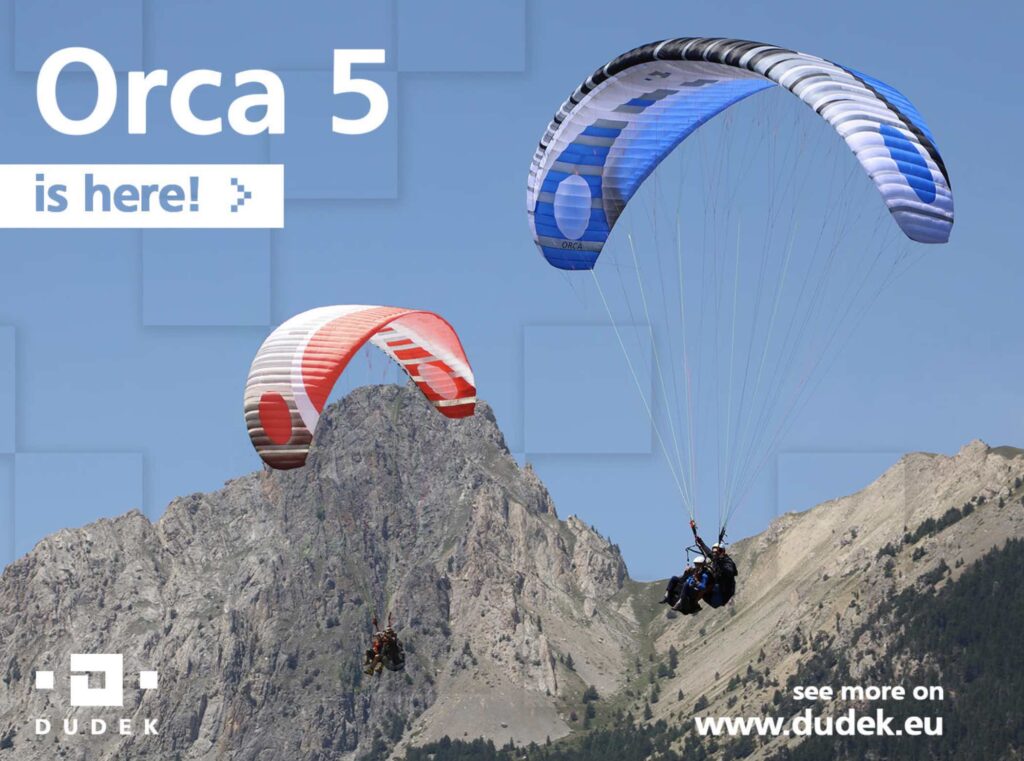 So its official with the first pictures given by Dudek on the Orca 5. So what can we add to what is already known on the press release? We might be able to highlight a few important considerations. The Orca has a max payload of 220kg which makes it a great PG tandem glider and […]